No products in the cart.

One of the most important and relevant trade fairs IWA 2016 took place in Germany, Nüremberg – dates 04. March – 07. March. GEARSKIN™ was of course on board. During the few days stay we have had a numerous scheduled meetings that will significantly influence the GEARSKIN™ future and development.

The trip to Nüremberg was smooth but very exhausting (about 8 hours drive) and a bit of a rollercoaster when trying to get on the right track – side of the road – our hotel is placed. What a trip would it be if it haven’t had any adventures. Things of course did come into place and we managed to attend our first scheduled meeting with Redwolf Airsoft, and couple of other distributors including Gunfire where you should be able to order GEARSKIN™ very soon too.

The trade show itself was no less than spectacular, showing many innovations, awesome gear, guns and ammo. Competent guys such as AMNB will report on the novelties for the upcoming months, we will try to keep the read short so we will just announce new camouflage patterns such as PenCott, A-Tacs and we hope a long awaited Kryptek in GEARSKIN™ self adhesive form. We also might introduce some new additional patterns to our fans, but since the negotiations are under way at this point we will stick to the mentioned patterns.

Our personal impression of the show is that it has been really well organized, lots of great things to see, a true eye candy to all gun and camo lovers. (as seen in the photo gallery below). We must admit, except awesome trade show, Germany has a lot to offer when it comes to good beer, and tasty food. It will take us weeks to get back in shape and burn off all the calories.

In the end, we were very happy to be able to meet some really true heroes of business, military and journalism. Hereby we would like to thank AMNB guys for a great afternoon, Bill Pryce and Lawrence Holsworth for that refreshing conversation, the general manager of Combat Airsoft Group and former operative Smudge – you changed us.

It took us a while to drop a word on this trade show, but we prioritized and did all the follow ups as soon as we arrived back home. All we can say is hope to see you next year.

Check out the FPV gallery, as well as visit our web shop and get yourself a piece of our awesome camouflage solution.

ART OF BLENDING IN
Next
PMAG – GEARSKIN™ APPLICATION

21/09/2019 at 9:26 AM by admin1119
Gearskin™ are Croatian-designed and made "stickers" in all the colors and camouflage patterns you can ever imagine. Sticker might be the wrong word, because usually...

13/02/2017 at 12:44 PM by admin1119
COOPERATION WITH COMPANY ACT IN BLACK sarl. IN ORDER TO DELIVER WORLD'S FIRST COMBINATION OF TOP QUALITY DETECTION AND ANTI-DETECTION MEASURES. LED BY THE FACT...

Year of accomplishments and 2017. business plans

ART OF BLENDING IN 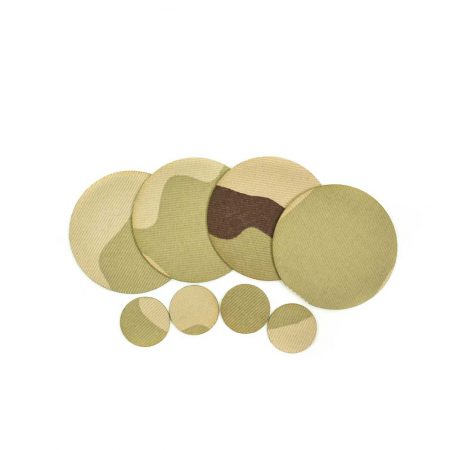 Gearskin Lazzer, Pocket Repair Circle
Pocket Repair Patch – Desert 3 Color
GEARSKIN™ Lazzer series presents you one of the handiest and versatile Every Day Carry (EDC) product on the market. Pocket repair circles. Ever got that...
9.99 € Add to cart 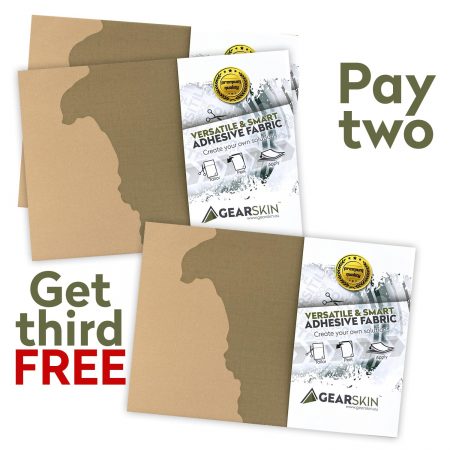 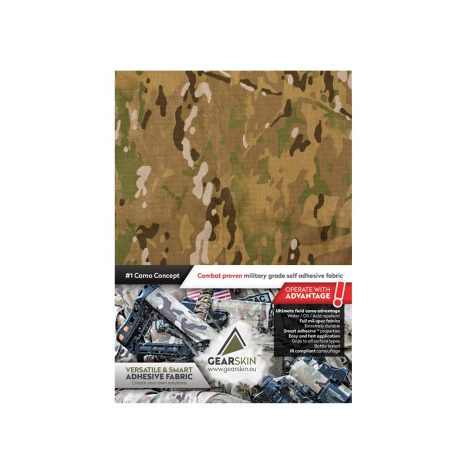 Gearskin Lazzer, PVS-14 skin
PVS-14 – Multicam® Arid
PVS14 nightvision model is one of the most used and popular versions of night optics, thus it is crucial to disrupt it’s conture and shape....
25.00 € Add to cart

Gearskin Lazzer, PVS-14 skin
PVS-14 – A-Tacs® AU
PVS14 nightvision model is one of the most used and popular versions of night optics, thus it is crucial to disrupt it’s conture and shape....
25.00 € Add to cart

Gearskin Lazzer, Pocket Repair Circle
Pocket Repair Patch – Mimetico Vegetato
GEARSKIN™ Lazzer series presents you one of the handiest and versatile Every Day Carry (EDC) product on the market. Pocket repair circles. Ever got that...
9.99 € Add to cart
All content is Copyright by GEARSKIN™ • www.gearskin.eu •

Use this form to find things you need on this site
SELECT CURRENCY
USD United States (US) dollar
EUR Euro
Join Waitlist We will inform you when the product arrives in stock. Please leave your valid email address below.
[]